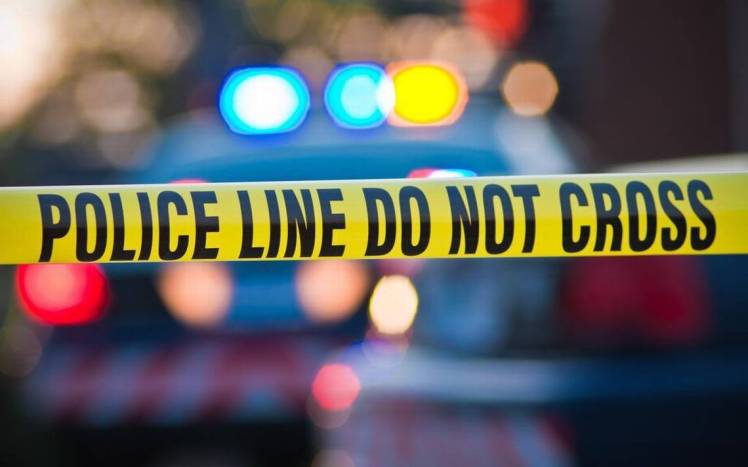 In a recent article published in the Stars and Stripes, the public learned that military commanders were forced to overlook bad behavior to include assault due to wartime demands. According to the article, a recently retired general stated that the “Army desperately needs to clean up misconduct in its ranks.”  The response from the Army’s top enlisted official was that they don’t feel bad about their decisions because commanders are finally tired of this crap.  And so are we. Not only did they minimize what has been really going on in the military but they didn’t define the misconduct it its entirety.  The military’s misconduct includes drugs, drunk driving, theft, harassment, bullying, hazing, abuse of power, stalking, child abuse, domestic violence, sexual assault, physical assault, attempted murder, manslaughter, and murder. Most of which are violent crimes and felonies.

“A recently retired Army four-star general told The Gazette that the Army desperately needs to clean up misconduct in its ranks because wartime demands in Iraq and Afghanistan forced commanders to overlook bad behavior. He said commanders kept troops in uniform after drug- and alcohol-related issues – and sometimes even after crimes like assault – so they could take their brigades or battalions to war at full strength.” ~Stars and Stripes

It is not surprising that the military is having ‘misconduct’ issues given they recruited violent felons to support the war efforts after September 11th. In 2007, we learned that the military, specifically the Army and the Marines, granted waivers to recruits convicted of felonies for over three years.  According to the New York Times, “the number of waivers granted to Army recruits with criminal backgrounds has grown about 65 percent in the last three years, increasing to 8,129 in 2006 from 4,918 in 2003.” As a result of the need for boots on the ground in both the wars in Iraq and Afghanistan, military policy dictated that recruiters and military commanders overlook criminal backgrounds because the war efforts took precedent. We do not have data for the other branches of service.

In 2011, investigation began into a ‘sex scandal’ at the Basic Military Training center at Lackland Air Force Base in Texas. But let’s first start by explaining that this was no sex scandal. Military instructors at basic training were being accused of sexually assaulting and raping recruits. These alleged crimes are the ultimate betrayal because you do not have freedom of movement in basic training. Everything comes in the form of a direct order, which is authoritarian in nature. Some of these instructors were clearly abusing their position and authority. But further research indicated that the majority of instructors accused of misconduct did not engage in criminal activity yet they were imprisoned anyways. Most plead guilty to adultery and unprofessional relationships to avoid long jail sentences. They paid a price because of the political climate at the time they were accused. This was the fourth military sex scandal reported by the mainstream media in a twenty year time span. The US Navy Tailhook scandal occurred in 1991, the Army’s Aberdeen Proving Ground scandal occurred in 1996, and the US Air Force Academy scandal occurred in 2003. Multiple victims have since come forward and corroborated that all branches of service have a military sexual assault problem.

In the research I have conducted, I have learned that most sex offenders and abuser’s crimes escalate over time if not stopped and held accountable. What might start out as abusing and killing animals may eventually progress to rape, domestic violence, and murder. In other words, there are red flags in a criminal’s history that show indicators for further violence. These kind of criminals cannot stop and the only way to stop them is to jail them. What we are learning from the military is they overlooked the red flags during a time of war to include sexual assault. What that means is that our soldiers were infiltrated with violent offenders and it’s no wonder the military sexual assault rates soared and non-combat death was common. After conducting further research by simply googling [any base, murder, branch of service], I have learned the military not only has a sexual assault issue, it has a violent crime issue.

“New survey methodology used by the Rand Corp. found that many of the 20,000 assaults in 2014 were not “unwanted sexual contact” — a phrase the Pentagon uses to describe any incident of unsolicited and unwanted sexual behavior — they were violent, probing acts.” ~Military Times

Here’s what kills me. The military gives waivers to violent offenders, doesn’t tell us that we are serving with a violent offender, violent offender offends, victim of crime is retaliated against for reporting said violent crime, and the violent offender continues to serve and offend. The fact that both military men and women are being raped and murdered while serving is confirmation that we have a predator issue. The DoD reports that more then half the victims of sexual assault in the military are men. We don’t have statistics for the number of military members who have been murdered at the hands of their fellow soldiers. Military leadership infiltrated the ranks with predators via waivers, overlooked the ‘misconduct’ when it was reported because they were needed in war, and compromised our well-being and safety at the hands of our own.

The Department of Defense and the Department of Veteran Affairs are both battling epidemics of suicide. According to recent reports, active duty suicide rates are up and between 18-22 veterans commit suicide a day.  We continue to see high rates of military sexual assault within the ranks and homelessness amongst our veterans returning from war zones. Disability claims have soared at the Department of Veteran Affairs for those with Post Traumatic Stress Disorder from military sexual trauma.  It’s all connected. We became victims of crimes because first they let the violent offenders in and then they weren’t held accountable for their actions when crimes were reported. Now they are tired of this crap.

How do you think the victims of these crimes feel?  They are in a lose-lose situation. Civilians think this same person can be trusted if they are serving in the military. Service members have two choices. They either suck up the abuse and press on until they reach a breaking point and collapse or they report the crimes, get threatened, retaliated against, and lose their career. The way the military handles crimes is making the PTSD worse by forcing them to suppress what has happened and work with the person who offended them or compounding it with hazing, bullying, physical assault, and other forms of retaliation if they do report the crime. Some are murdered. In other words, not reporting and reporting and retaliation in the military creates disabled veterans. How can we trust an institution to handle violent crimes when they minimize the act when it is reported and were the one to recruit the violent offenders to begin with?

BILLS S. 2137 To prohibit the issuance of a waiver for commissioning or enlistment in the Armed Forces for any individual convicted of a felony sexual offense. (Introduced in 2012 by Senator Barbara Boxer)

An Open Letter to the Senate and House of Representatives in Support of the Military Justice Improvement Act (June 1, 2016)