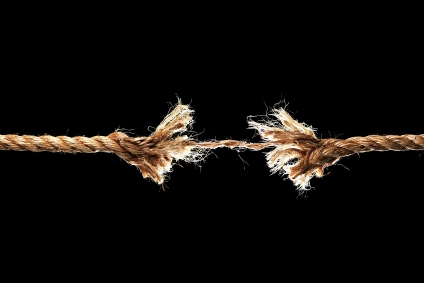 Every year 9/11 rolls around and I think it’s gonna be just like any other day. And every year it is not. Every year I am reminded of where I was when the towers in New York became targets and I am left with the same raw feeling I felt that day. This day changed everything for US military members. For years I was consumed with grief from the loss of my father on September 14, 2001. I couldn’t see beyond that. It overpowered everything including the trauma I experienced in the military prior to 9/11. Today I think about all the soldiers I have researched for inclusion on my site Military Justice for All, especially the soldiers we lost to suicide, non combat death, and violent crime. I think about how they must have felt and what could have been done to prevent it. I think about how our soldiers feel now. I don’t care about what happened to me anymore. All I care about now is helping our soldiers, the same soldiers I see get thanks for their service yet are killing themselves as veterans in our VA parking lots. I know their pain. I know the crushing feeling that comes with feeling betrayed in an occupation where your life depends on the cohesion and trust of a team. Military culture is not for the faint hearted. You have to be damn strong to not only join but stay. Most of us are white knuckling it through a twenty year retirement. I didn’t make it that far. I cracked. I was too strong for too long.

An overall theme that I have observed after researching hundreds of suicide and homicide cases in the military is betrayal. Betrayal is powerful and it cuts even deeper when your ‘brotherhood’ turns their back on you. You quickly begin to realize that all those catchy military slogans claiming they leave no man behind are really just great marketing campaigns for military recruitment. Those that commit suicide appear to be betrayed by a toxic command climate including the Commander, supervisor, and peers. Those that become homicide victims are betrayed by their own: a military member, a family member, a friend. And both suicide and homicide victims are betrayed by the military justice system and the Feres Doctrine. In its current form, we are forced to extreme measures or we face a loss of career because there is no one to hold a Command accountable for their administrative decisions. If we admit we are human and need help to get through a situation, it is used against us. We are non deployable, therefore useless to a command. They want to get rid of us and fill our slot. If we white knuckle it to preserve an investment in a twenty year career, we risk unraveling or killing our soul. How can we work this out so good soldiers can safely report and/or get the help they need? How do we address the needs of the commands who need bodies to fill the slots for deployments overseas? How do we address the soldiers who feel betrayed after realizing they are now on the outside looking in?

After ten years of sucking it up, I decided to get help to safeguard a relationship with the man I would later decide to marry. I knew he would be with me for the rest of my life if I took care of myself for us. I only wished the Air Force would have recognized that I had the same relationship with them. I wish they had taken the financial and emotional investment in my career into account before they decided that I was damaged goods and no longer fit for service. It appears a command’s decision to medically discharge someone who reaches out for help is the more affordable and convenient choice for the military. I can see why they would make this decision in my case when looking at it by itself. But they are making this decision in thousands of cases which is in effect the reason soldiers may not reach out for help. I took a gamble and after 15 years I lost. It was a hard pill to swallow. Why would our troops risk their careers after witnessing it happen to so many others? So we keep our mouths shut, do the job, and press on. This appears to be the conundrum I keep witnessing in my research, and those that do not reach out for help end up paying for it with their lives. We owe it to our soldiers to offer a solution that doesn’t push them to the brink because they fear losing their military career, whether they ask for help for Post Traumatic Stress or help to escape becoming a victim of a crime.

An enlisted military member is listed among the top ten in the most stressful occupations category. So let’s imagine for a minute what it’s like for the military during a time of war. Not only are our soldiers constantly rotating overseas in dangerous, unpredictable environments but those who are left home are picking up their duties. We have an all volunteer force now so manning levels have been an issue especially since the wars in Iraq and Afghanistan kicked off. Our soldiers in garrison are constantly in high operations tempo to ensure the teams not deployed are trained and ready to go at a moment’s notice. We live on the edge never quite sure when we will be tasked to deploy. It’s all good. That’s why we signed up. Most of us liked the excitement of that life. I know I did but nonetheless it is stressful and all our affairs have to be in order. Life in the military is a whole different animal. All the training we do is done in an effort to stay alive in a wartime environment or when engaged with a known enemy. When asked to perform, it’s obvious we have trained. But nobody teaches us how to engage with the enemy within whether a suspected rapist and serial killer or a toxic leader who doesn’t care if you live or die. Both have disastrous results, results that usually included red flags to warn us that the powder keg was about to explode. Our jobs are stressful enough without any help from those who lack integrity. It is imperative as military leaders that we observe behavior to help us guide people in the right direction. But it takes an ethical leader that cares about the whole to make that happen. And based on my own experiences and the experiences of others, that’s where the problems begin. Instead of helping us, we find ourselves abandoned and sent on our way. If we are just a number, then advertise it as such in your recruiting ads please.

What is toxic leadership? Toxic leadership is a leader who doesn’t care about the team and advances their career on the backs of others. Toxic leadership is a commander who minimizes or ignores a report of a crime. Toxic leadership is a command that uses their power to railroad someone they don’t like, even though the charges are unfounded. A toxic command is one that overlooks when the rape victim is being retaliated against or the male soldier is being pushed to suicide by his very own team. A toxic command is one that doesn’t appreciate a good, hard working soldier who sacrificed everything for the military including risking their lives and spending time with loved ones. A toxic leader is a leader who judges a soldier not based on their 95% good but that 5% not so good. A toxic command minimizes you after asking for help because it inconveniences their manning levels. That same toxic command will not hide their resentment for you because they have to pick up your slack. Soldiers deserve more then this. They deserve to get the help they need without fearing a loss of career or unraveling. We all have our limits. What can we do to meet in the middle? Lives are depending on it and others are hanging by a thread.